Clenbuterol is a bronchodilator designed to treat individuals who suffer from breathing disorders such as chronic asthma. While Clen, as it is commonly called shares some similarities to the popular Ephedrine medication Clenbuterol proves to be far more potent and effective in almost every way; not only as a bronchodilator but as a fat-loss medication as well. While Clenbuterol was developed for breathing disorder treatment it is in its fat-loss abilities for which it is most famous and through the years the use for this purpose has rapidly increased. 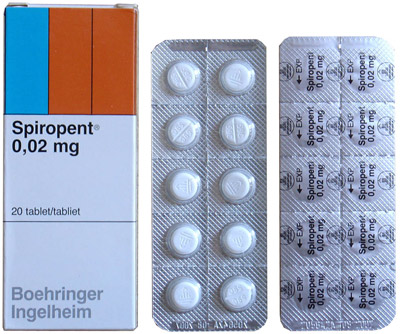 The Benefits of Clenbuterol

The benefits of Clenbuterol should be fairly easy to perceive as it will improve cardiovascular efficiency and our metabolic activity. While increasing lipolysis (fat-loss) will prove to be its greatest attribute its benefits do not end there. Clenbuterol has been shown to increase fat-free mass (lean tissue) although not to the degree of an anabolic steroid it will still carry a modest anabolic affect. This increase in fat-free mass, although modest is brought about by an increase in protein synthesis; this simply means your protein, the foundation of muscle tissue, is better served, its activity and efficiency becomes greater than without Clenbuterol being present in the body. Couple this with its strong fat-burning abilities, as increases in muscle tissue also increase metabolic activity you have one very powerful fat reducing medication on your hands.

The Side-Effects of Clenbuterol

As is with all medications, regardless of the form, Clenbuterol is not without the possibility of negative side-effects. While the side-effects will vary from person to person and can be controlled with responsible use they can be quite bothersome and problematic when they show. The most bothersome side-effect is due to this medications stimulating effect; many Clenbuterol users report a very jittery feeling and even insomnia when they take Clenbuterol; however, the extent can be very dose dependent. Another common side-effect is cramping but this appears to be even more individualistic than the jittery effect and can largely be eliminated by ensuring enough water is taken in every day.

There is one side-effect that goes beyond bothersome and into the realm of concern as Clenbuterol can be harsh on the heart through cardiac hypertrophy (the enlargement of ventricles.) However, again, this will be largely dose dependent and of little concern among those who use Clenbuterol responsibly. However, because this is a concern, in order to ensure we use responsibly Clenbuterol is not a medication we would want to use for fat-loss purposes for extended periods of time. We can safely and effectively use this medication for a decent amount of time but there is a right way and a wrong way but either way using this medication for the majority of a year could prove to be very damaging.

There are generally two schools of thought on how to best utilize Clenbuterol safely and effectively. The most common method is 2 weeks on followed by two weeks off. While the 2wks on/2wks off is most common, increasingly a steady and longer duration of administration has increasingly become more popular.

As you can see these are two very different methods of application and one emphatically works better than the other. While 2wks on/2wks off is the most popular it is only so due to the vast amount of misinformation thanks to the ever increasing phenomena known as “Bro Science” purported on a host of internet message boards. The truth is simple; the 2wk on/2wk off method is far less efficient than our other option. It is true, after a two week period your body will adjust to the stimulating effect and your jitters will dissipate largely but this does not mean the Clenbuterol is no longer working as is the common misconception. To obtain a full effect, although the immediate fat-loss will be greatest in the first two weeks we must continue Clenbuterol therapy far past the 2 week mark if we are to take full advantage of metabolic increasing activity. To achieve this end a steady increase in Clenbuterol every 2-3 weeks as needed will prove to be far more efficient. Most will find, both men and women that a starting dose of 40mcg per day to be perfect with increases of 20mcg every 2-3 weeks.