If you want to use anabolic steroids safely, then it is important to do your research first. As you read, you will likely come across terms like “esters”, “active life”, and “half-life”. These terms refer to the steroid’s molecular structure, how long it remains active in your body, and how long until half of the compound has exited your system.

Almost every single anabolic steroid you put into your body is a chemically modified variant of testosterone. This means that a scientist in a laboratory somewhere took a single molecule of testosterone and made a few changes to make it beneficial in certain situations. When it comes to steroids, these additions are in the form of carbon chains. When a testosterone molecule contains carbon, that carbon essentially deactivates the steroid for a short period of time. Then, once the steroid makes its way into the bloodstream, enzymes go to work on the carbons and remove them.

Of course, esters can be modified even further to assist in bioavailability, and this is especially true for oral steroids like Dianabol, Anavar, and Winstrol. Specifically, 17 alpha alkylation, or 17aa, is a synthetic alteration of a compound that allows for increased bioavailability. It does so by adding an alkyl group to the 17th carbon on the steroid esters. This group of atoms allows the steroid to pass through the liver unharmed, which means more of that steroid makes its way into your body.

What Is an Ester?

These esters, or attached carbon chains, effect both the active life and half-life of testosterone. The chart below shows the differences.

For the most part, the active life and half-life is roughly the same, though it may deviate slightly depending on the actual steroid. What’s more, it’s also helpful to remember that the ester itself will always have the same half-life regardless of the parent compound to which it is attached. For example, both testosterone enanthate and trenbolone enanthate will have a half-life of about 10.5 days.

Is Ester and Half-Life the Same Thing?

Many people mistakenly use these two terms interchangeably. While an ester is the molecular deviation of a compound that affects the time it takes to release its parent into the body, the half-life is the period of time at which half of the compound has left your body. For instance, the half-life of Anavar is approximately nine to 10 hours. Because of this, you can assume that 10 hours after taking 50mg of Anavar, you still have 25mg in your body. In general, the longer the ester, the longer the half-life, and vice versa. Because it takes longer for a long-estered compound to release its parent into the bloodstream, the half-life increases.

When it comes to steroid detection times, the ester can be used to get a good idea of how long that steroid might be detected in your body, but the half-life and the detection time are not the same thing. Using testosterone propionate as an example, its half-life is roughly 2 days, but its detection time extends up to two weeks. That’s because at the end of the two days, half of the original dose is still in your body. In two more days, half of that amount will still be left. It takes about two weeks for the testosterone propionate levels in your body to drop low enough that they won’t be detected via drug screens.

What Is Active Life?

With all of this information in mind, it becomes quite simple to understand active life. This is the amount of time that a certain compound remains active in your body and continues to produce the desired (or therapeutic) effect. It is best summed up with an example. Going back to the 50mg dose of Anavar, remember that in 10 hours, about half of that Anavar is gone – but the other half is still active. Using a bit of simple mathematics, you can deduce the following immediately will occur immediately after that dose: 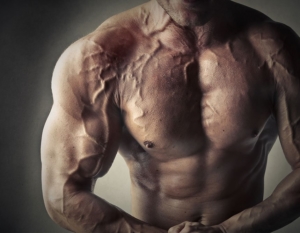 Theoretically, this could go on infinitely with a few hundredths of a microgram left in your body weeks later. However, this does not accurately describe active life. Most experts agree that anything less than 10mg of Anavar is no longer therapeutic, so the active life is about 24 hours.

Understanding active life and how it relates to different steroid esters can help you make better choices when it comes to dosing. For example, if you know that the active life of testosterone suspension is only one day, then it becomes easy to determine you will need a daily dose.

Conversely, because the active life of testosterone undecanoate is so long, dosing for hormone replacement therapy may occur only once every two weeks. This information is beneficial when it comes to determining how much and how often to dose to maintain peak concentrations.

To sum things up, the ester refers to the chain of carbon molecules attached to the steroid to enhance its behavior in the body. The half-life is the time it takes for exactly half of the dose to exit your body. Finally, the active life is the amount of time that the same dose provides therapeutic benefits. For the most part, when dealing with AAS, you can figure that the active life is roughly double the half-life.