While a low carb diet appears to be useful on the whole, there are also many foods shown to help. Either by lowering blood sugars and/or improving insulin sensitivity.

This articles looks at 10 of the best foods and supplements for lowering blood sugars, based on current research.

Just know they should never be used in place of your diabetes medication, but rather alongside. 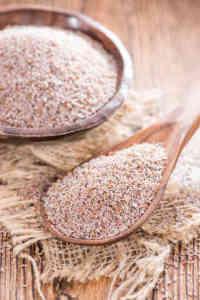 Some varieties pass through digestion unchanged and are not absorbed as sugar into the blood. These are known as resistant starch.

Many studies show resistant starch can greatly improve insulin sensitivity. That is, how well the body can move sugar out of the blood and into cells for energy.

This is why it’s so useful for lowering blood sugar levels after meals.

The effect is so great that having resistant starch at lunch will reduce blood sugar spikes at dinner, known as the “second meal effect”.

Problem is many foods high in resistant starch, such as potatoes, are also high in digestible carbs that can spike blood sugar. Therefore resistant starch in supplement form – without the extra carbs – is recommended.

Summary: Supplemental resistant starch is a fantastic option for those struggling to control sugars or have hit a plateau. 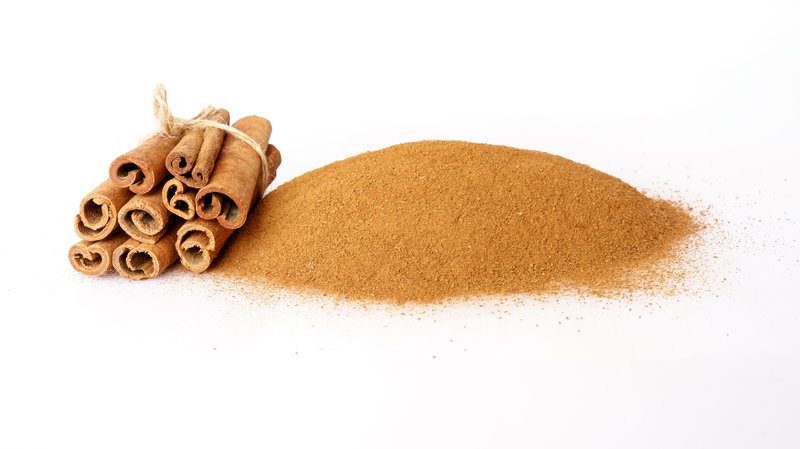 Cinnamon has been used for its medicinal properties since Ancient Egypt and China.

In a recent clinical trial, 25 poorly-controlled type 2 diabetics received either 1 gram per day of cinnamon or placebo (dummy supplement) for 12 weeks.

Fasting blood sugar levels in the cinnamon group dropped by 10% after 6 weeks and 17% after 12 weeks compared to placebo. 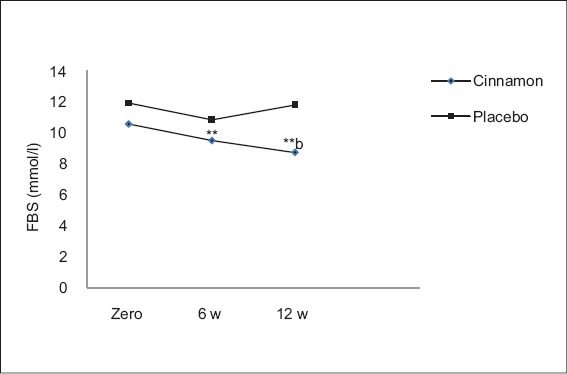 The HbA1c (3-month marker of blood sugar levels) also began to decrease by 8% after 12 weeks, although it did not reach statistical significance.

Note that not all clinical trials have found cinnamon to be effective, so it’s by no means a “miracle” treatment.

The recommended dose is 1-6 grams daily, from ceylon rather than cassia.

Summary: Cinnamon may slow the absorption of sugar into the bloodstream. Ceylon cinnamon is much safer than cassia. 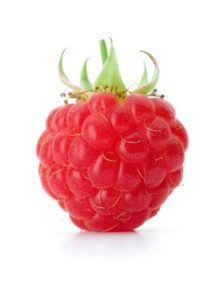 Berries technically don’t lower blood sugar, but they help if you are eating them instead of other common fruits.

This is because berries tend to be very low-sugar fruits.

Berries are also rich in antioxidants known as anthocyanins, which is why they are such bright red or blue colours.

Summary: Berries are very low in sugar compared to other fruits. They are also rich in anthocyanins, which is beneficial for metabolic health. 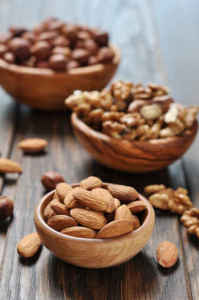 Magnesium is an essential mineral involved in hundreds of bodily processes, including blood sugar regulation.

The mechanism of action is unclear, but low magnesium levels is strongly associated with both type 1 and type 2 diabetes. It seems to influence insulin secretion, which may be why 25-38% of type 2 diabetics have low magnesium.

Alongside spinach, cashews and almonds are one of the best sources of magnesium in the human diet. The fact they are convenient, low carb and delicious is just a bonus.

Note that in the case of a magnesium deficiency, magnesium supplementation is recommended.

Summary: Cashews and almonds are very rich in magnesium, a mineral involved in blood sugar regulation. Up to 38% of type 2 diabetics are thought to be low in magnesium. 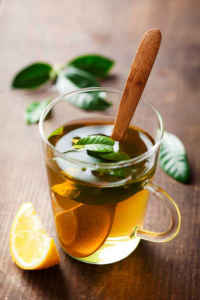 Coffee is healthy, sure.

But green tea is healthiest.

It contains a number of powerful antioxidants and catechins that benefit so many aspects of health… including blood sugar control.

In a review of 7 observational studies totalling 286,701 people, green tea drinkers had an 18% lower risk of becoming diabetic.

One Japanese study found that reduced risk blew out to a massive 42% for the real green tea enthusiasts.

Normally I don’t make conclusions from observational studies (which don’t prove cause and effect), but it’s evident that green tea is beneficial for metabolic health.

If you’re already a tea drinker, then it’s time to include some green tea. If you aren’t, it’s time to start. 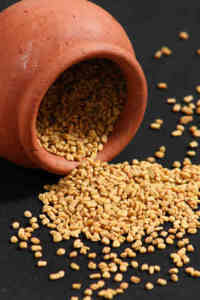 Fenugreek is a popular herb in Arabic and Indian culture.

Studies in both type 2 diabetics and non-diabetics have shown decreases in blood sugar levels by up to 13% after meals.

The weight of evidence seems to support these findings too.

Eating the seeds whole or in supplement form appears the most useful, but is not safe if pregnant.

The effective dosage is 2-5 grams per day. 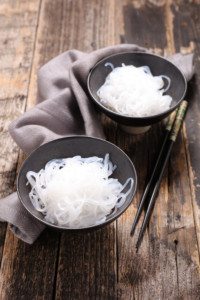 Reducing the amount of bread, noodles and other high carbohydrate foods is beneficial for diabetes management.

However, it’s important to enjoy your favourites once in a while.

Enter the Japanese shiritaki noodle, which is tremendously low in carbs and high in fibre. A 3.5 oz (100 gram) serving contains less than one gram of digestible carbs and only two calories.

Most of the noodle is made of glucomannan, an indigestible fibre that may help lower blood sugar levels after meals and improve other metabolic health markers in diabetics.

Bottom Line: Shirataki noodles are incredibly low in carbs and calories. The fibre in them may also help with blood sugar control and other aspects of metabolic health. 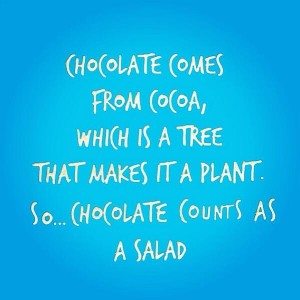 The cocoa in chocolate comes from the cocoa plant.

However, whether dark chocolate itself is beneficial is debatable, because it does still contain a small amount of sugar. I view it as a somewhat neutral treat (regarding health effects) and great alternative for diabetics.

But the chocolate must be really dark, typically 85% cocoa or more. Anything less is too high in sugar.

The studies that found benefits used either dark chocolate or a cocoa extract equivalent to 500-1000 mg of flavanols per day. This is roughly 25-40 grams of 85% dark chocolate.

Summary: Those who regularly eat chocolate must swap to 85% dark chocolate or more. This will be neutral for health at worst, and beneficial for blood sugar control at best. 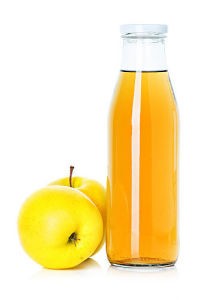 Research suggests is may increase sugar uptake from the blood into cells, also known as glucose metabolism.

In a study of eleven type 2 diabetics, those who consumed vinegar before a meal had an increased uptake of sugar into the cells (tested in the forearm) and reduced blood sugar levels, insulin levels and triglycerides.

Apple cider vinegar is the most popular type of vinegar among the natural health community, but not the only beneficial variety.

Summary: There is strong evidence that vinegar consumption before or during meals can improve glucose metabolism. Apple cider vinegar is just the most popular type.

10. Stevia as a Sugar Alternative 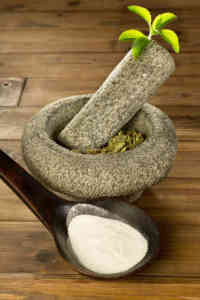 Stevia is a popular sugar alternative that originates from South America.

It’s beneficial for diabetics because it contains zero sugar or calories, and is used as a direct swap for sugar.

But some researchers also suspect it has a direct influence on insulin function.

In fact, stevia was found to lower both blood sugar and insulin levels more than aspartame (an artificial sweetener) after meals.

Honey is marginally better than sugar for diabetics, but if you really must sweeten your drink then use stevia.