Hemp and marijuana are two popular names for the cannabis plant.

The word cannabis often brings to mind images of a burning joint or a bong filling up with white smoke. Most of the time, the term wouldn’t be equated with plant-based plastics, durable paper or military grade fabric.

But in reality, cannabis has just as much to do with these industrial hemp products as it does with the recreational drug better known as marijuana or pot. This begs the question — how is hemp different from marijuana?

Cannabis is believed to be one of the oldest domesticated crops. Throughout history, humans have grown different varieties of cannabis for industrial and medical uses.

Tall, sturdy plants were grown by early civilizations to make a variety of foods, oils and textiles, such as rope and fabrics. These plants were bred with other plants with the same characteristics, leading to the type of cannabis we now know as hemp.

Other plants were recognized for being psychoactive and were bred selectively for medical and religious purposes. This led to unique varieties of cannabis that we now know as marijuana.

According to Dan Sutton of Tantulus Labs, a Canadian company that specializes in cannabis cultivation technology, “the core agricultural differences between medical cannabis and hemp are largely in their genetic parentage and cultivation environment.”

In fact, scientists believe the early separation of the cannabis gene pool led to two distinct types of cannabis plants. The two species (or subspecies) of cannabis are known as Cannabis indica and Cannabis sativa.

Cannabis plants contain unique compounds called cannabinoids. Current research has revealed over 60 different cannabinoids so far, but THC is the most well known. THC is credited with causing the marijuana high.

While marijuana plants contain high levels of THC, hemp contains very little of the psychoactive chemical. This single difference is what most rely on to distinguish hemp from marijuana. For example, countries like Canada have set the maximum THC content of hemp at 0.3%. Any cannabis with higher THC levels is considered marijuana instead.

In comparison, medical marijuana produces anywhere between 5-20% THC on average, with prize strains tipping the scale at 25-30% THC.

“Medical cannabis has been selectively bred over generations, and its characteristics are optimized in its cultivation environment to produce female flowering plants that yield budding flowers at the flowering stage of their life cycle,” explains Sutton.

In contrast, Sutton describes hemp plants as “primarily male, without representing flowering buds at any stage in their life cycle.” Instead, centuries of selective breeding have resulted in “relatively low concentrations of THC, and tall, fast growing plants optimized for higher stalk harvests.”

On the other hand, hemp is usually grown outdoors to maximize its size and yield and less attention is paid to individual plants.

A hemp-based skin balm sold in the U.S.

As you might already know, all cannabis is illegal to produce in the United States. Both hemp and marijuana are classified as Schedule I drugs under the Controlled Substances Act.

However, outside the U.S., hemp is grown in more than 30 countries. In 2011, the top hemp-producing country was China, followed by Chile and the European Union. Hemp production is also expanding in Canada, with the country’s annual crop reaching a record high of 66,700 acres in 2013.

Interesting enough, it is legal to import hemp products into the United States. According to the Hemp Industry Association, about $500 million worth of hemp product is imported every year.

Marijuana, on the other hand, remains illegal in most countries. A few, such as Israel and Canada, have recently started to regulate marijuana as a medicine. But the legal production of marijuana is subject to stricter rules than hemp, since it is still widely considered a narcotic.

The strict laws surrounding both forms of cannabis — hemp and marijuana — makes any research very difficult.

“The political implications of that scheduling, from a research perspective, are limiting,” explains Sutton. “To my knowledge, of the thousands of academic and research bodies in the United States and Canada whom would be equipped to perform agricultural or medical research on this unique species, only around 40 have actual research licenses to study the plant in a limited context.”

Despite these barriers, researchers are making progress in understanding the way medical marijuana works to assist in managing an ever-expanding list of disorders.

What’s more, developments in hemp technology continue to reveal new and intriguing ways that this industrial plant can contribute to society in the future. Recently, researchers at the University of Alberta created a supercapacitor using raw hemp material, making the manufacturing of cheap, fast-charging batteries from hemp a real possibility.

Hemp fibre is also being used to develop new forms of renewable plastic, which has made it a common material in the car parts industry.

But as legalization spreads across the globe, the opportunities to explore the potential of cannabis grows too. The possibilities are endless, and this is one thing hemp and marijuana have in common. 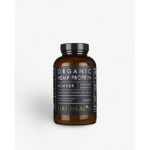 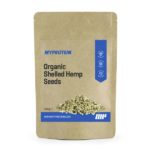 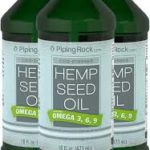 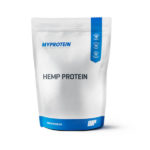